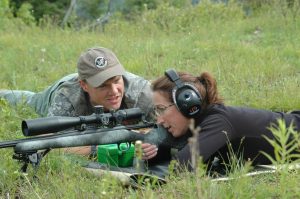 I have seen people who were clearly fine shooters with all the right mechanics, core techniques and equipment absolutely fall on their faces in practical field shooting application. I will give you an example of a military shooter here. I am not picking on our military here, the problems I see are the same ones across the board with all most all shooters having trouble with field shooting solutions. Let’s take our military precision rifle guy whether they are DSM, sniper or Recce guy, they are selected for this position and sent to school. Entry level schools are done mostly on a flat range, zeroes are established, ballistics calculated, drops confirmed, basic wind reading on the flat, shooting in wind, shooting moving targets, effects of atmospheric conditions on the shot, up/down hill shooting instructed but usually not practiced and ammunition testing in the system. 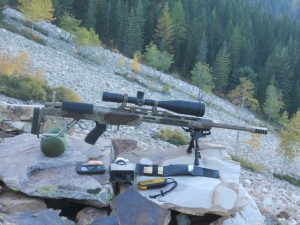 These of course are all very important, fundamental building blocks of the precision rifleman’s training and experience. So far so good, now some but not all shooters receive advanced training and advanced schools vary in content and instruction. The majority focus on extended distance shooting and advanced weapon systems for that purpose. These classes mostly take place on an established range, usually flat. Again, this is good schooling and necessary to the end goal of becoming an outstanding field shooter. However at this point the shooter is deployed or simply deemed ready to rock and is off to any number of other necessary trainings for the massive amount of skill sets they must maintain. The civilian version of this is guy is, guy buys rifle, develops load, calculates ballistic curve, validates curve at distance on his local shooting range and then goes hunting fully believing they are ready to take on field shooting. 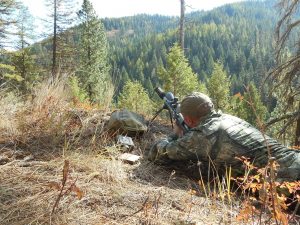 Field shots as you might imagine are taken in areas similar to where you hunt or work. It can be difficult to find suitable training areas but well worth the effort. Let’s look at the things to consider that are different from the flat range to our field shot. First and foremost is terrain, we now potentially have uphill / downhill angles, big air gaps to shoot across, terrain features that require multiple wind vectors, and areas that retain heat to name a few. Atmospheric conditions can be radically different from our flat range and that can take some getting used to. The wind, the bane of long range shooters everywhere, on the flat range we get usually one 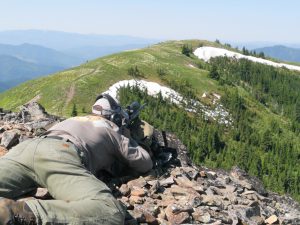 wind for the entire shot. It may change velocity and direction often but is mostly the same over the course of the range. In the field we often have multiple winds in both direction and velocity. We also have vertical components that are not often seen on a flat range when wind blows over certain terrain features. Add these issues to velocity and direction changes and wind can be (and usually is) substantially more difficult in the field at distance. These new issues can really throw a curve ball to the unprepared flat range shooter.

Now that we have covered field shots, let’s talk about field conditions. What I call field conditions are the things that affect our ability to make the shot other than things that  effect external ballistics. The first is we no longer have a benchrest to shoot from.  We are now shooting prone, over a pack, off shooting sticks, off a tripod, over a car hood, from the bed of a truck, off an uncomfortable position in a rock slide, from sitting with the rifle in a tree crotch etc. We can have limited time to setup the shot, so weapon deployment time needs to be practiced. Rain, snow, extreme wind and other conditions are rarely practiced in and that needs to change if you want to develop your field shooting game. This is especially true of windy days, on no wind days, that’s when you test and validate. On windy, days that’s when you want to train. 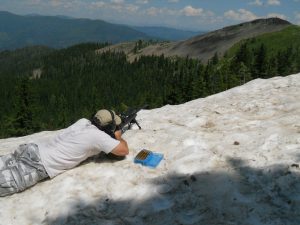 So in summary, get off the flat range and away from perfect condition days as soon as you can. If you want to be a great field shooter then you have to train for field shooting.