Early technology, the original gangsters of long range shooting devices were not really shooting devices but rather devices for other uses adapted for long range shooting. These days most everyone has access to or owns a laser range finder, ballistic program, weather station and a device to read the angle of the shot. As technology drives on combining the devices together we now have weather stations like the Kestrel 5700 weather station loaded with the Applied Ballistics software and it also has a built in compass to aid in calculating corrections for coriolis effect. These devices we have today are truly remarkable but let’s take a look at where it started from.

In the early days of long range field shooting / hunting ranging was the big issue. Most people simply guessed at the yardage. Some were educated in using a reticule to estimate range. While using th 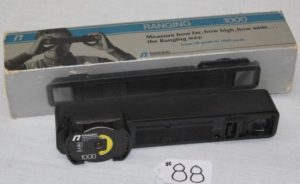 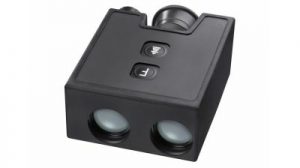 is that the target size varies so much. Then in the late 80’s a magical device came to the civilian market called the Ranging 1000. This was the first of what started an explosive market in ranging technology. This device was a split image range finder that you focused the two images to one image then read the dial to see the yardage. While this was substantially better than guessing at the yardage its accuracy was +/- minus 50 yards at 1000 yards. Move forward to the early 90’s when the first laser range finders hit the market. This was arguably the biggest thing to come to the long range community and continues to be a critical piece of gear today. Today we have available to us laser range finders that are truly 3000 yard capable and accurate.

Once we had laser range finders available and we started using them to good effect people would develop a good drop chart and shot log to aid in long range field shooting. It was also about this 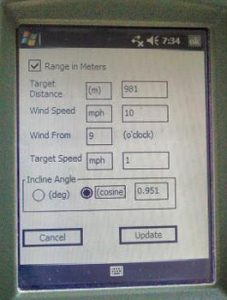 time that ballistic programs ushered in by the personal computer device era started to really extend first round hits in the field. The first mobile ballistic program I used was the Perry Systems Exbal program marketed by Nightforce optics. This program was a game changer back in the day, a system that could, in the field take real time conditions and calculate an accurate shot solution. As advanced as the Exbal system was it lacked the ability to calculate all of the factors and combine them for a complete shot solution. It could calculate spin drift, angle correction and coriolis, but could not apply them to the final firing solution. The Recon computer was robust and reliable but heavy and large. Now you can get a complete ballistic program on your watch. 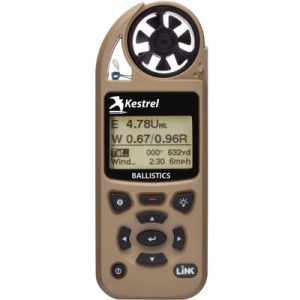 gap in our ability to actually read these conditions accurately. In the early days shooters turned to a company that produced weather stations mostly for boaters specifically sailboats. This is where shooters got a look what is now considered a primitive device called the Kestrel weather station that was to become the Kestrel 5700 eventually.

Another adapted device is a timber cruisers gauge. This was a simple cosine indicator used by cruisers to estimate timber potential in a given area. This was the first small handheld device I am aware of that allowed us to accurately gauge the angle of the shot. This device was replaced by the Sniper Tools ACI (Angle Cosine Indicator) that was 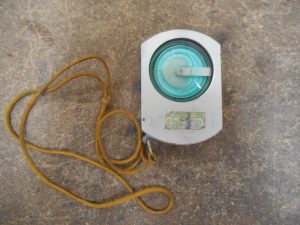 mounted to the rifle for accurate, fast & convenient angle estimation. This has now all been replaced mostly by a “GET” button on most mobile ballistic apps.

Last but not least there is wind estimation, the bane of the long range shooters existence. While I am sure others were available the first device I used was a simple Dwyre Wind Meter, it was simple and reasonably accurate. It did require a little practice to use effectively. When I got my first early Kestrel weather station it was amazing with a 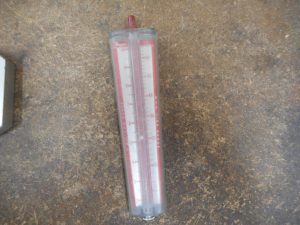 cute little impeller that spun in the wind and gave real time air speed and was simple to use. Since then wind reading technology has not changed too much but our ability to apply its effects through various techniques has. There is technology being developed by multiple interests advancing laser wind reading technology. The ability is currently here to accurately read multiple speeds and vectors of wind with a laser it will be sometime before it is miniaturized enough to consider it field portable.

The future of long range equipment technology will likely take the road of smaller, lighter and combined. The day will come where you will have one device that will have a compass, GPS, laser rangefinder, laser wind reader, angle indicator, temperature sensor, pressure sensor and a ballistic algorithm. When you press the button on this device it will take all the necessary readings run them through the algorithm and via Bluetooth adjust the scope internally all with the press of a button. It is amazing how far long range shooting technology has come in 30 years and it will be interesting to how far it goes.