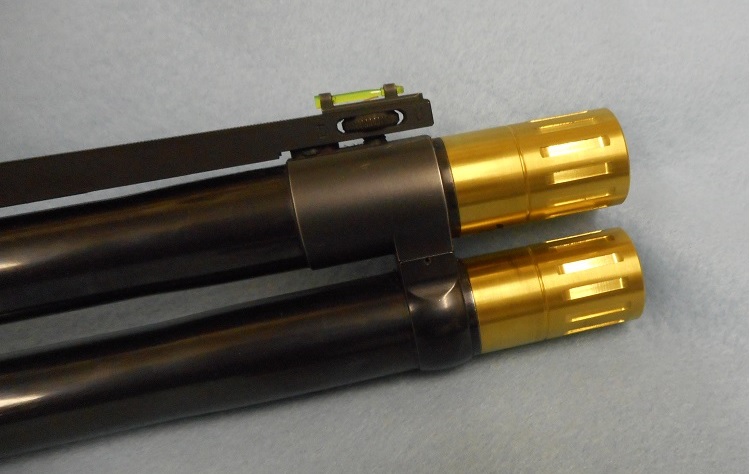 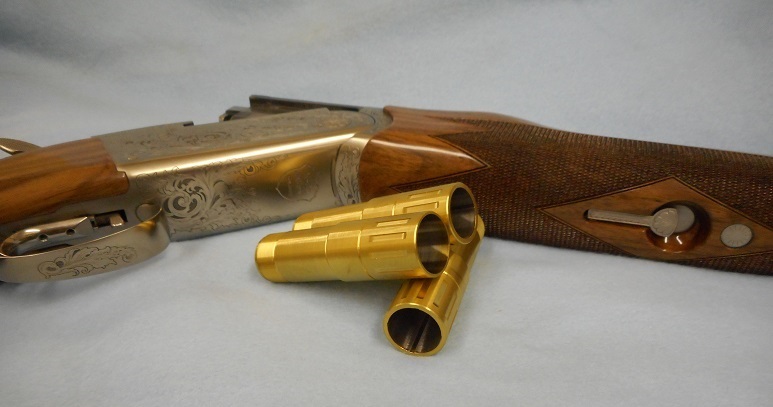 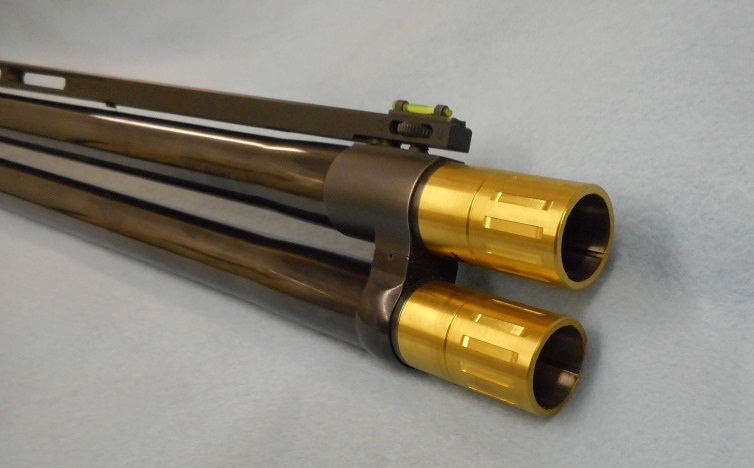 Why Terminator Chokes are Different

The problem with assigning a constriction to a choke size is that most choke tubes will not live up to the standard they are labeled at based on industry standards. There are many things inside a choke tube that affect the pattern size and density.

So with this in mind let’s look at patterning and clay sports in particular. If a clay flies into a full choke pattern and within the standard 30” circle at 40 yards, there is no guarantee that a single pellet will hit it. Here lies the problem with choke / pattern standards for the clay shooter in particular, there are essentially 2 patterns to concern ourselves with here, primary and secondary patterns. The primary pattern or “hot core” of the patterns is pretty clear in most pattern testing. This is the area of the pattern with a dense concentration of pellets in the center. Depending on choke constriction and distance this usually ranges from the center 1/2 to the center 2/3 of the pattern. Outside of this “hot core you will notice a ring of reasonable dense pellets we will call the secondary pattern. This secondary pattern extends out until we reach the area where pellet dispersion is so random that we have to call them fliers from the pattern.

What this means to the clay shooter is that if you normally would have selected a modified choke for shot “X”, you can now use a size smaller choke (light modified) with even better performance. Now that same shot where the factory choke would have had 55% of the pellets in a 30” circle, you will now have roughly 75% of the pellets in that circle with fewer spaces where a bird can fly through. The big benefit with this is that you will have better performance at distance with a more usable pattern and up close Terminator technology doesn’t affect the outside diameter of the secondary pattern. At closer distances the secondary pattern is still light mod sized just less a bunch of fliers. So now your choke is more versatile over a much longer distance with fewer “dusted” clays escaping through a hole in your pattern.

Given the extended range of this choke tube technology we decided to name the chokes differently than to give a name (light mod, etc) or give a constriction (.010”, .015” etc). Below is a chart of Terminator Choke tube designations, their constrictions, short range industry standard and long range industry standard. The long range standard is what the Terminator choke hits like at distance compared to what most people are used to.

The bottom line of all this testing is that if your favorite go to tube has always been a .015” or “Light Mod” tube, then it still is. Up close it will perform identically to a standard tube but you can use that same tube for much longer shots with better results in you pattern.

Terminator Chokes will not keep you from stopping the gun, lifting your head off the stock or starting the gun in the wrong place. They will however allow you to change tubes less often, give you a more reliable pattern and make the most of every pellet you put down range. Simply put we set out to make the very best choke tube we could from the best materials, function, fit and finish. 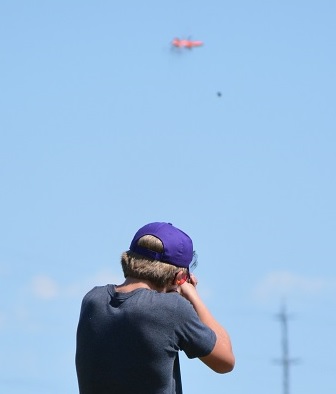 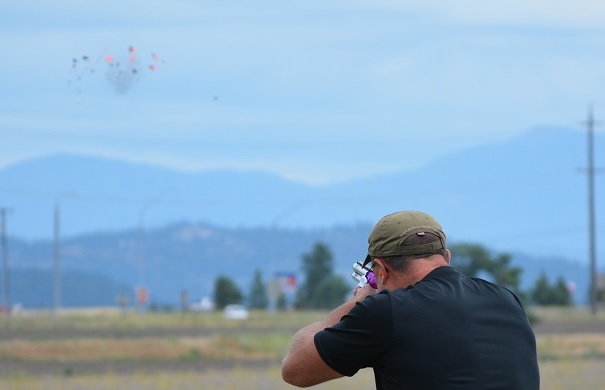